My Pension is now a Possibility; Is this Good or Bad? 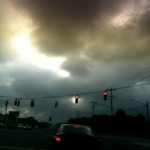 So last week I got to attend the 30th anniversary of someone at my work place.  That’s 30 years working for the same company, kind of a rarity these days.  And so then I asked the person how long they had before they qualified for full retirement benefits.  The person shared with me some information which ultimately revealed I was just under 10 years till qualifying for my pension. This may sound like a long time, but it’s actually close enough to start playing a spin on my future plans.  This is when “good news” sometimes feels like “bad news” because it creates choices neither of one which is obviously better than the other, and such choices can be both good and bad news depending upon how well you can accept being given the choice to create your future.  Responsibility and options can be perceived as both good and bad.

You see I’ve been attending BBSH (Barbara Brennan School of Healing) with the expectation of graduating and starting my own private practice and being able to leave my corporate job.  But here’s the interesting situation that may occur.  You see from what I’ve been told by the time I graduate from BBSH I will be about 5 years away from qualifying for my pension.  And so I might actually find myself in that position I thought was never a remote possibility. I might become one of those uneventful workers that decides to stick it out to qualify for that financial security at the end of the tunnel.

This reality stirs up a bunch of feelings and critical voices.  The harshest voice has shame and says: “Oh Geez you don’t want to be known as a lifer.  Come on Wilson, what a disappointment, you were supposed to have made it big when you were 30.  Man I never thought I’d see you sucking wind to join the herds of the many cowards that were afraid to make the leap and stuck it out for a pension.”  A less harsh voice says:  “Man we always thought to don’t even think about qualifying for pension, that was for really really old people”  Finally, a new voice says:  “Hold on now Wilson this has to be given serious consideration.”

I’d say that one thing that has definitely started to change since I’ve attended BBSH is that my ability to sustain myself in a world that can be rather cold and superficial has increased.  So the irony of an education that might enable me to pursue a full time life as an energy healer also is opening doors to a full time life even creating beautiful healing space no matter where I am.  I mean many graduates of BBSH never go into practice, and I’m finding even those who do, they may eventually branch off into something that’s no longer energy healing.

So in the end it’s all very wierd.  The possibilities of what I will be doing 10 years from now could be anything from a full time energy healer to just another corporate employee nearing his retirement.  It’s now all about options, all actually positive options, but part of me is a bit disturbed because options means I have to choose and having to choose can be very uncomfortable and quite scary.  But I think there’s a good part of me that’s starting to get the message that the when you are in the sweet spot of the good stuff, it’s also the area where things feel most uncertain and unpredictable.

So at the moment I can see strong certainty of hitting this sweet spot of uncertainty and unpredictability. And I can accept the obvious good of it all and embrace the “bad” of the fear and critical voices in my head.