“Secretly” Having a Hard Time Adjusting to Time 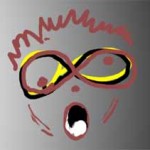 A few weeks ago I had an opportunity to attend a family reunion.  After many years I got to see several of my Aunts and Uncles; then the next generation: my cousins;  and then the next generation: my nephews and nieces.  And I was aware at the time something in me was getting stretched and dilated across time and space. Part of me was maybe a three year old listening to Aunt’s and Uncle’s projecting me back in time.  Part of me was an adult momentarily being a peer discussing day-to-day practical things.  And then when it came to interacting with my nephews and nieces it was odd that part of me was still locked in my teens almost seriously wondering if I should regress in age and play interactive video games with them on their iPads and iPhones.  Part of me was not quite ready to step up to being their Uncle when I have not had the experience yet of my own children and while I was being freshly impressed with childhood memories of being in the presence of my Aunts and Uncles.

At my workplace I have gradually experienced this time dilation sensation as I’ve watched new and young employees suddenly age and become parents and mentors to yet another generation of even younger employees.  The thing is I’m more senior in age then that first round of young employees.  Even a few coworkers who have referred to others as “newbees” are in age many years younger than I.  And so something emotionally in me feels displaced, lost, forgotten and wishing time could recycle.

Even more recently I made an impromptu visit to the house of former neighborhood friends of my parents.  Their two daughters were there.  One of the daughters came from Florida for a visit, along with her husband and two kids.  Both of them I kind of knew from my elementary thru high school days in Pennsylvania.  In fact there was a time when we were all very young kids, we all stayed over at the same “Baby Sitters” place after school and during Summers.  I used to go to the same Summer camp as them as well.

Flash back to the present and someone asks how the kids of one of the daughters is.  Someone says 8 years old.  And then in the background one of daughters, a former schoolmate of mine, jokingly says I’m 50 years old.  Initially, I almost chuckle because obviously that’s a joke, in the sense as if someone said I’m 1,000 years old; yes I’m a vampire.  And then it hits me “THAT IS NOT A JOKE”.  It was literally my perception that made it seem like it was a joke.

Yes that is true.  But why does my school mate look the same. Why aren’t we still in our mid to late 20’s.  The peers of my parents are in the room with me.  They still feel the same as they did when I was a teenager.  My older school mate feels the same.

As a “responsible” and logical adult it makes sense that I’m almost 50 years of age.  But honestly the emotional and spiritual parts of me really aren’t all there … or should I call it here because I should be here in the present instead of there in the past?  Honestly the sensation really feels like I’m stretched in time like if you were to approach a black hole and parts of you get stretched and compressed into the vortex even as the other end of you is still uncompressed.  One end is moving ahead 20 plus years rapidly accelerating in the increasing immense gravitational pull while another part is largely still stuck at the age of 23, another maybe 17, then 12, then 3, and then maybe 1.  …..

WHAT THE HECK is going on!?  This is what my body, and psyche is saying. …. I want to cry … I want to go back in time … I also want to advance in time to my 80’s … and then I also want time to stop still.  Now more than ever I feel I am rapidly becoming the entire circle of life from birth, thru puberty, thru adult hood, thru twilight and to death.  I am all of these at the same time.  It is weird.  It is kind of Hard.  I’m stretched and dilated across time and space.