My Birthday and Past Two Decades 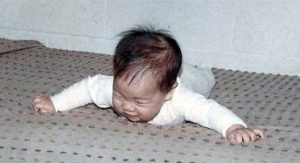 It’s 2018 and my birthday and I’ve been blogging here for almost 10 years.  So I find myself thinking about the past decade.  Few people know this but many years ago, in fact, 10 years ago my life had reached a rather low point.  It was 2008.  Yes, there was the financial crisis thing involving large-scale housing foreclosures, the collapse of major financial institutions, loss of many jobs and the start of a major recession.  But that wasn’t it.

For me my low point in 2008 was the culmination of the many challenges in my life that I have shared in Personal Journey, the Touch the Source blog and in this blog.  Ultimately, I ended up in a hospital for a couple weeks and followed up by several months of recovery.  I would describe some of those days in 2008 as simultaneously both the worst and best times of my life.  It was rough … I could have died in 2008 … but I wanted to live.

But that makes me look through my journals on another time, actually 10 years before 2008 … back to 1998.  Possibly that was the lowest point of my life.  In 1998 I woke up every morning wanting to die and somehow managed to pull it together to snap myself out of it.  In 1998 on one evening I took too many sleeping pills … and I remember eventually being helpless, unable to move but mentally awake enough realizing I might die and then suddenly realizing I did not want to die and prayed that I would live.  For several hours I felt like I was buried alive in a coffin, and that coffin was my motionless body.  For some reason today the physical effects of that incident course through my body.  I remember the sensations of being noticeably apart from my body.  I would turn my head and a few seconds later I feel my head turn I turn my head back and wait for me to notice my head turning.  As I write now, I can remember those physical sensations.

Move forward 10 years later it was 2008.  Like I said earlier in 2008 … I could have died … but in 2008 I wanted to live.  So unlike 1998 in many ways, it might be best not to call 2008 the low point but rather the turning point.  After that turning point, I found so much support come thru my life … but mostly because of me.  I eventually spent one birthday taking a workshop, which led me to enroll in the Barbara Brennan School of Healing for four years and then later continue on to go through five more years of personal growth in the Pathwork TP program.

So 10 years later here I am.  I’m much stronger.  In 10 years I started this blog, I became a homeowner (I always believed that was an impossibility), graduated from two different multi-year school programs, achieved Six Sigma Black Belt certification, studied and passed a brutally tough PMP (project management certification) exam and am getting ready to publish my first book.

When I think about my life one decade ago then two decades ago and where I am now today on my birthday September 16, 2018 … today feels like the best birthday I have ever had!!!  I’m so proud of myself.  Wow.  I love you Willie!  I love me!  I’m amazing!  Happy birthday me!