Why music from the past seems to be getting better? 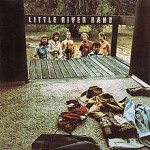 So over the past several days there was this old radio tune playing in my head.  I couldn’t get it out of my head.  It was a song from either 70s or 80s that I can’t say I really liked but it I know it played a lot on the radio.  But these past several days it’s been playing constantly, but not clear enough for me to make out the words.  I could swear I must of heard in a recent movie soundtrack, but when I  “googled” it I didn’t find any recent movie soundtracks containing this song.  I could barely hum the song, and I really couldn’t make out the of the lyrics except possibly the word “Lady” or “Baby”.   So how many songs are out there that have the word Lady, or Baby or something that sounds vaguely similar or at least how many pop songs since the 70s have a 2 syllable word in it.   Oh boy, this is going to be hard.

After about 30 minutes of taking best guesses of the muffled lyrics playing in my head an internet search delivered to me the song “Lady” by the Little River Band.  And when I played that song I felt a sensation of going back in time, a sort of “return to the mother ship” sensation and so eventually I was drawn to purchase the entire album containing this song.  But even during my 30 minute exercise of hit-or-miss trying to figure out this song, I happened to run into lots of other 70s songs from the past on You Tube that I remember and loved or I never heard of but still loved.  And I’m not so sure why I loved hearing these songs, except that maybe they all emanated an energy of the past, of that era.  These were all pop songs that now seem like amazingly brilliant master piece classics of the heart and human expression.

A recent movie that made a big impression on me in the element of music from the past is “Guardians of the Galaxy”.  For me the lead character in that movie seemed to elevate the pop songs of the past to epic proportions.  It further awakened a tug on my heart strings and lifeline on Earth.

So I started to think again “why does this music from the past seem to be getting better with time?”  “why does this music start to feel more powerful and epic as if it’s a symbol of holding time still?” At first one might just state that any music that you grew up with in child hood would have made the most impression upon you so it makes sense that the older music seems more appealing to you.  Or maybe it’s just the number of times you’ve heard that song.  An older song has had more time to be heard than a newer song, so that also makes sense.

But somehow I feel there is something even more.  Or maybe I just need to concoct a something more explanation as to why music from the past is so powerful.  Here’s my current hair (I wish I had more hair though) brained theory.   Songs played over the radio waves will tend to be more potent than songs that aren’t ever played on the radio.  Songs left only to normal sound waves can’t travel beyond the boundaries of the Earth’s  atmosphere because the sound doesn’t travel in the vacuum of space.

Radio waves, electromagnetic waves travel into space and at a speed of 186,000 miles per second.  So that music that might have been first transmitted say in 1970 has been traveling in space for over 40 years.  Scientists would say that music has now traveled over a distance of over 40 light years, which in miles is over 235,000,000,000,000 miles away!  But there’s more.  Radio waves spread out in all directions, like how a drop in a pond will radiate outward in an ever expanding circle, but in space it’s an ever expanding sphere that’s over 470,000,000,000,000 miles wide.  In comparison our entire planet is only about 7,926 miles wide.

… So where am I going with this except starting to sound like the Discovery Channel ?  ..

So my hair brained conclusion is that in 40 years that radio music that permeated my cells as I was born and continued to do so as I moved from childhood, teenage years, adult hood to present had also permeated outwards into space, leaving a universal “footprint” as significant in magnitude to form a musical statement of humanity big enough to hold a number of Earth sized spheres that is much larger than the number of atoms each of has in our body.  If we imagine this 70’s radio sphere was like a large living creature of which each Earth sized planet in it are it’s cells than this large living creature has more cells than the number of cells that each of us has.  These musical creature has more Earth sized cells than the number atoms each of us has!

But when we combine all of us together, as one unified human race we would encompass a number of atoms that would be 235 times more than that massive 70’s music radio wave living creature that continues to grow outwards ever bigger at the speed of 186,000 miles per second. But now that 70’s radio music and us are rather in the same realm of humongously large numbers, at an atomic level, and at a human level and so maybe in a “hair brained” slightly scientific view of things this is why I’m finding the music of the past starting around 1970’s resonates with ever more epic proportions, because it’s now rattling thoroughly in my cells, in every atom of every human being on this Earth based upon the testament the traveling radio waves of our music has started to impart on the rest of the universe, possibly already being heard by other life forms on other planets far far away.